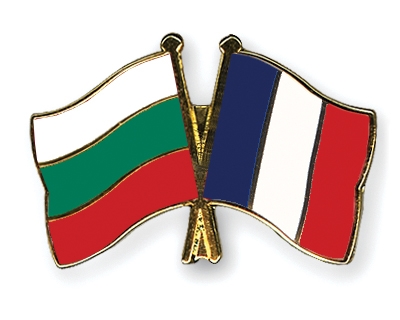 The Bulgarian accounting legislation is aligned with the applicable European directives and almost no changes have taken place in recent years, and this is expected to be the case in the foreseeable future.

Bulgarian accounting rules are governed by the Accountancy Act, developed on the basis of the Fourth Directive of the Council of the European Union as part of the process of harmonizing the country’s statutory accounting legislation with the laws of the European Union. The Commercial Act, the Credit Institutions Act, the Bulgarian National Bank Act, the Insurance Code, the Public Offering of Securities Act and certain other laws also contain regulations applicable to accounting and financial reporting requirements.

Under the Bulgarian Accountancy Act, the applicable accounting standards for all entities except for small and medium-sized entities (as discussed below) in Bulgaria are the International Financial Reporting Standards (IFRS) issued by the International Accounting Standards Board (IASB) and adopted by the European Union. The requirements of the  Act extend to all business organizations, including branches of foreign organizations, with representative offices being the only exception.

Enterprises in the Republic of Bulgaria, with the exception of small and medium-sized enterprises, are required to prepare and present their annual financial statements on the basis of the IFRS as adopted by the EU (EU IFRS). SMEs should apply either the National Financial Reporting Standards for Small and Medium-Sized Enterprises (NFRSSME) which are adopted by the Council of Ministers in Bulgaria, or, they may opt to voluntarily apply the EU IFRS. However, once having selected the EU IFRS as an applicable framework, SMEs may not revert to the NFRSSME.

Small and medium enterprises, according to the Accountancy Act, are those that do not exceed at least two of the following criteria in at least one of the previous two reporting periods:

The underlying accounting assumptions and principles under the NFRSSME are generally similar to those under the IFRS. The basic principles adopted by the Accountancy Act are going concern and the accrual basis of accounting. The principles of consistency, prudence, matching and substance over form are also incorporated into the Bulgarian accounting practices. The NFRSSME in their current version have been mostly derived from the 2003 version of the IFRS with certain differences, while some of the standards, interpretations and recent changes have not been included in the NFRSSME.

Currently, there is no indication whether the IFRS for SME, which were issued by the IASB in 2009, will be considered for endorsement in Bulgaria.

Pursuant to the Accountancy Act, companies prepare individual (non-consolidated) and consolidated financial statements (where required). For sole traders with an annual turnover of less than BGN 100,000, the requirement is only for an annual income statement.

Entities which in accordance with the requirements of the Accountancy Act are mandatorily subject to audit are additionally required to prepare an annual management report for the annual activity of the Company. This report includes, but is not limited to, information about recent and future developments of the entity, description of the major risks, important subsequent events, description of financial instruments used by the entity and financial risk management.

The statement of financial position and the statement of comprehensive income must be based on, and supported by, bookkeeping records. Comparative figures must be presented.

The prescribed format for the statement of financial position follows the format of the Fourth Directive of the European Union. On that basis, companies have a choice of format for the statement of comprehensive income between the nature of expenses method and the cost of sales (function of expenses) method. The Accountancy Act permits companies to adopt the model which they consider to be the most appropriate to the nature of their business.

Entities under the supervision of the Financial Supervision Commission, such as banks, insurance companies, investment companies, pension and health insurance funds and listed entities, are required to file certain additional reports with the Commission.

Under the Accountancy Act, there are specific accounting rules to be followed by companies in liquidation and bankruptcy.

The disclosure notes should include additional information necessary to give a true and fair view of the financial position and results of the business. This includes an explanation of the accounting policies applied in the accounts and disclosure notes.

Under the Accountancy Act, a parent company is not required to prepare consolidated financial statements where the sum of the amounts of the enterprises within the group which are subject to consolidation does not, according to their annual financial statements as of 31 December of the current year, exceed two of the following criteria:

However, consolidated financial statements are not required to be prepared by a parent company which has only subsidiary/subsidiaries which is/are immaterial when reviewed individually and together.

This does not apply when an enterprise within the group is an entity with securities which have either been admitted for trading on a regulated market, or is a financial institution, or a joint-stock company.

In accordance with the requirements of the Commercial Act, a joint-stock company may be dissolved when the net worth of the company (its net assets) becomes less than the amount of the registered share capital.

Companies that are registered with the Commercial Register (see Section 3.5) are required to file their individual and consolidated financial statements, management reports for the annual activities and auditor’s reports with the Commercial Register. Publicly  traded companies and financial institutions must present their audited individual financial statements and certain additional reports to the Financial Supervision Commission within 90 days after the year end. In addition, such companies must present a financial report to the Financial Supervision Commission on a monthly basis within 30 days of the end of the previous month.

All enterprises are required to file their annual corporate income tax declaration with the tax authorities by 31 March of the following year. This declaration needs to be accompanied by certain statistical summaries as defined in the Statistics Act.

Entities which are not registered with the Commercial Register (e.g. non-profit organizations, foundations, consortiums) have to publish their annual financial statements, together with an audit opinion, in the financial press or on the internet (if free access is granted for a period not less than three years after the date of release) within three months of their approval, but not later than 30 June of the following year.

The Bulgarian Accountancy Act requires that financial statements of those entities meeting certain criteria be audited by a registered auditor. The Independent Financial Audit Act in Bulgaria provides for the profession of independent auditors. It requires  that International Standards of Auditing should be applied. The body which regulates the auditors’ practice is the Bulgarian Institute of Certified Public Accountants. Since 2008, the Independent Financial Audit Act has been harmonized with the European legislation and introduced the requirements of Directive 2006/43/EC of the European Parliament and the Council on statutory audits of annual accounts and consolidated accounts.

The general rule is that the entity subject to audit must appoint an independent auditor. The appointment of auditors is usually done at the General Meeting at which the previous year’s accounts are approved. The selection of the statutory auditor has to be made after a recommendation from the audit committee for those companies required to have such a committee (as discussed below). The independent auditor must be an individual or a specialized audit entity registered with the Institute of Certified Public Accountants (registered auditor). If a specialized audit entity has been appointed auditor, an individual who is a registered auditor must be designated as the auditor responsible for performing the independent financial audit.

The Credit Institutions Act requires that the annual financial statements of banks as well as the supervision reports stipulated by the Bulgarian National Bank be audited and certified by a specialized auditing entity which shall be a registered auditor under the Independent Financial Audit Act. Any bank must coordinate in advance with the BNB the appointment  of an independent auditor.

The 2008 changes in the Independent Financial Audit Act have introduced a system for public oversight of registered auditors and the public body which performs these duties is the Commission for Public Oversight over Registered Auditors.

Under the Accountancy Act, the annual financial statements of the following are required to be audited by registered auditors:

In addition, annual financial statements of non-profit legal entities designated as operating for the public benefit and listed in the Central Register with the Ministry of Justice are subject to an independent financial audit by registered auditors where they exceed one of the following criteria for the current year: